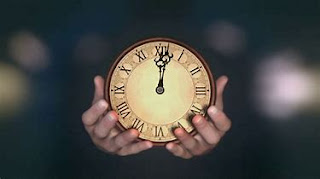 A new year shines before us. Don't blow it. Stop talking about that book you're going to write, and put the words on paper or a computer. As Yoda says, "Do or do not." There is no middle ground.

Find a friend, writing partner, online group who will guide you on your journey. Make sure they have your best interest at heart. Hearing about all the mistakes you're making doesn't move you to a positive place. Do what I call 'throw up' writing. Just put all the words down. Don't edit, yet, just write. This advice is as old as writing. Once you have the unadulterated version on paper, computer, walk away for a day or two. Rest, watch a favorite program or play a favorite game. Give your brain time to recover.

Then... pick up your red pen and start to edit, edit, edit. Words don't bleed and, like bunnies, once you get started, they multiply by the hundreds. The process will be slow to start, but once you put the concept into action, you'll realize how easy it is.

Good Luck and have a safe New Year. 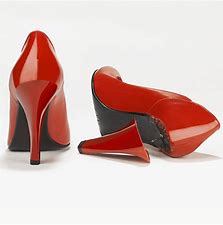 I have been missing in action. No excuses. I was never one to keep a diary as a young girl, so, putting my feelings and emotions out for all to see is -- uncomfortable.

As with many others, I do have opinions regarding politics and religion. However, at a very young age, I learned to keep my opinions to myself. Years of working as a bartender, and bouncer, proved just how dangerous spouting off about your opinion can be.

To the business at hand; if you are an entity of any note whatsoever, make sure what you put in print shows your intelligence, not the lack thereof. Having an unlimited supply of bright compatriots surrounding you should be the key to relying on their knowledge [and loyalty] to make you appear bigger than life.

Do not follow the bad example being set in Washington, D. C. Think before you type.

Posted by Mistress of the Red Ink Pen at 10:53 AM No comments: 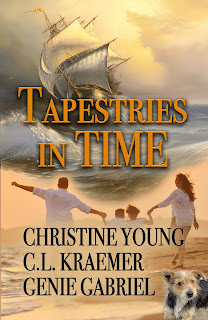 Today,  I'm pushing shameless self-promotion. My 18th publishing has been released and is available on Amazon and Barnes and Noble.

I'll be trying to post to this space more often. Life just keeps getting in the way!

Posted by Mistress of the Red Ink Pen at 8:32 PM No comments:

Fear and how to use it 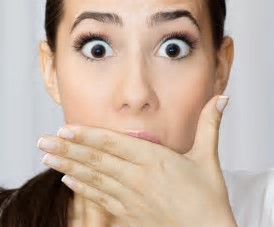 Wednesday started as a routine day. Hotter than normal for my corner of the country, but nothing out of the ordinary. I attended an interview for a bill-paying job and joined my husband at the hospital where he was having a scope run through his arteries. Not my idea of a good time. I've been exposed to this medical procedure as heart problems have effected my father and brother; the pair experiencing two quadruple, and one triple, bypasses between them.

This, however, is my husband. Waiting four hours to have the explanation of what was done beyond, 'a stint was put in', pushed me to experience fear as I've never felt before. I admit I've gotten sissy-la-la as I've aged. I used to be a bit fearless [read reckless] and would accept any challenge if someone said 'I bet you can't do it'. After all, I was going to live forever.

Not now. I am aware of my lifespan limitations and, as such, have developed myriad fears. This was beyond anything I've experienced. Nauseous, where's-the-bathroom, breaking-out-in-a-sweat raw fear.

When the doctor arrived and explained just how close my husband had been to a heart attack, I'm surprised I didn't throw up. As I said, I've been down this road several times before, but this was in my life right now. He's been having problems for a couple years of exhaustion and breathlessness, and this diagnosis from the doctor just reinforced the idea of pushing for help until you find the root of the problem.

I have a recent, vibrant, sensation of fear and, in my writing, I will be dredging up those feelings to give umph to my work. Use good, or bad, experiences to pull your readers into the fray. After all, you want them standing next to you with light sabre in hand. Right?

Posted by Mistress of the Red Ink Pen at 7:44 PM No comments:

Back again in red ink 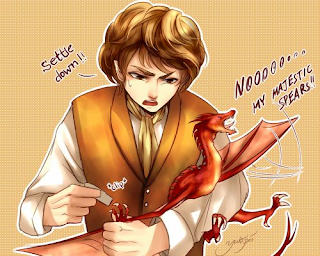 Editing is very much like cutting the claws of your dragon.

You, the editor, are trimming the unnecessary words, descriptions, information an author is certain makes their work 'majestic'. ALL writers become blind to their novels. They have been so immersed in quieting the voices of their characters that, sometimes, they ignore all the other common sense rules of writing.

Don't hobble your editor. It is their job to ensure what you have written is awe-inspiring. After all...
the more you get paid, the more they get paid. 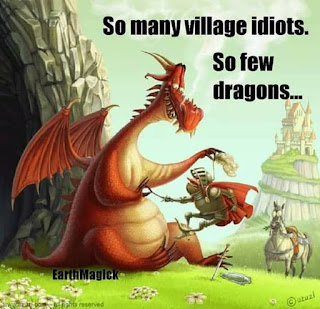 Every year we all go through the same ritual. We decide those issues we wish to change about our lives and resolve to change them in the forthcoming year. Some succeed. For most of us, it's just another year of empty promises. Well... the Mistress of the Red Ink Pen is slamming down the gauntlet to all you writers out there.

In my fifteen years of editing, I've seen the good, the mediocre, and the what-the-hell-were-you-thinking. There is NO EXCUSE for today's novelists, or any writers for that matter, not to present writing that is error free. The internet is available over the world and access is better than ever.

RESOLVE to use the internet if you can't find a dictionary or thesaurus--most programs have them automatically installed.

RESOLVE to learn the correct tenses of verbs. This is another case of using the internet, public or personal library to verify the correct word/s. Don't make your editor crazy.

RESOLVE to perform at least ONE edit/read through before sending off your manuscript to the publishing house. Yes, editors are supposed to find the little glitches in the manuscript and note them to you so you can correct them. How lovely would it be if your editor emailed you there were none?

RESOLVE to be the best writer you can be.

Don't make me break out my red pen. Have a great new year and create some magic.

Mistress of the Red Ink Pens

Posted by Mistress of the Red Ink Pen at 12:14 PM No comments: 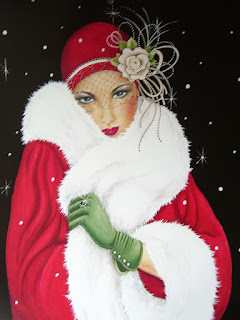 The Mistress has set the red pen on the desk and is contemplating the state of the world. I think we all need to take one or two days, shut off all of the annoying outside distractions and savor what we have. So many have far less.

Wishing all of you a Merry Christmas and a prosperous New Year.


Posted by Mistress of the Red Ink Pen at 8:52 AM No comments: